At Madison, our goal was to design a delightful mobile ad experience that compensated viewers for their attention. 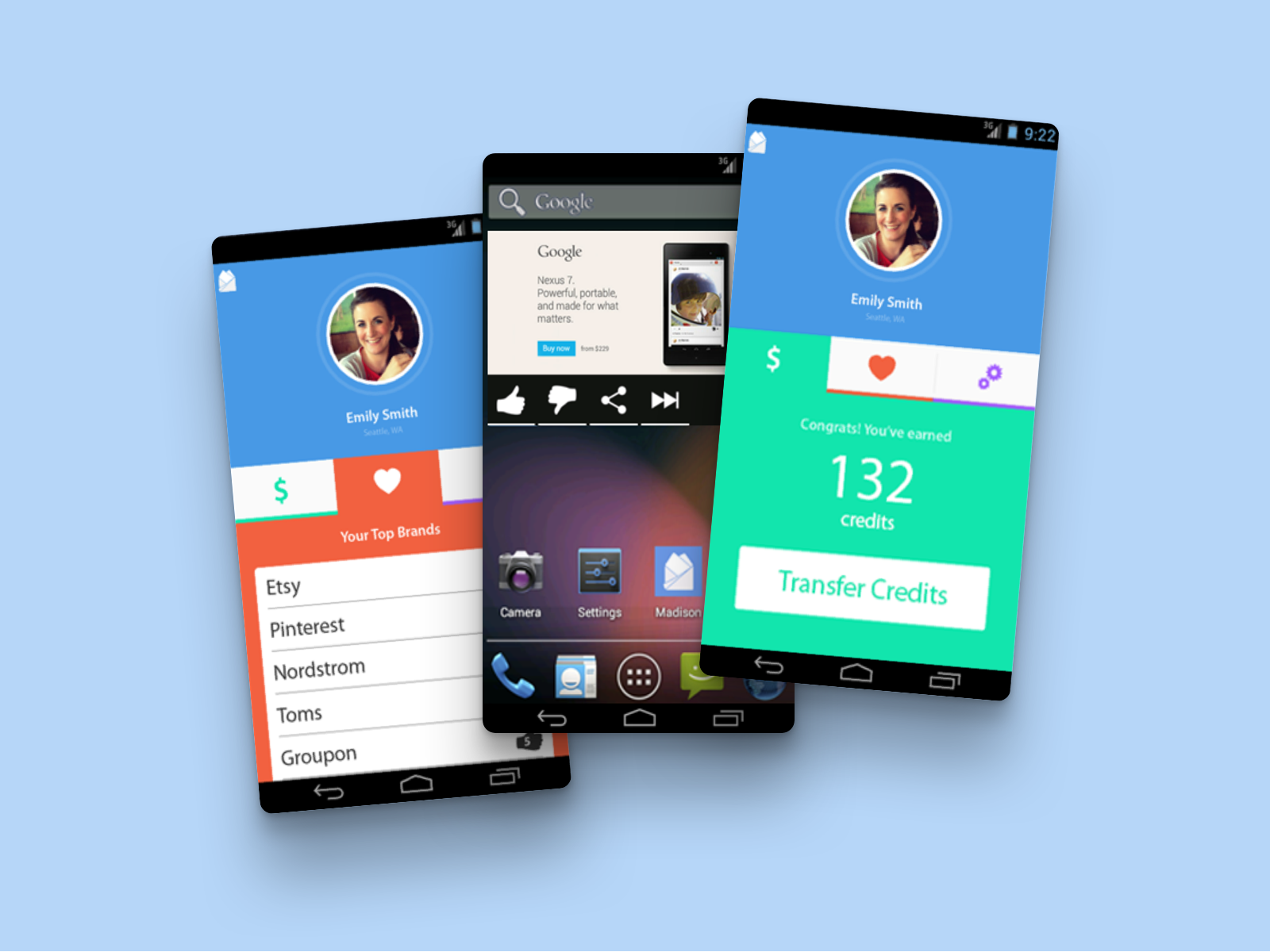 Madison was a 4-person mobile ad startup cofounded by my friends and I. We had started a startup marketing consultancy right out of college and after a few years working together, decided to pursue our own idea. As the cofounder that knew enough to be dangerous in the Adobe suite, I became our Product Designer. (Though I hadn't yet heard the term.)

We founded Madison (named after New York's famous birthplace of advertising, Madison Avenue) with the intention to improve the mobile ad experience. At the time, ad experiences were flawed, mobile phone users hated mobile ads, and brands were hesitant to invest in a medium that clearly showed promise. The idea we chased was to create an agreement between brands and mobile users where brands get prime ad space on a users home screen and users get compensated in return. The ads would be relevant and placed without interrupting the mobile experience. Users could get $10-$20 back, reducing their mobile costs. This would represent a nice budget perk for the middle-class American but, could be the difference between owning or not owning a smartphone for middle-class citizens in BRIC countries.

This project page serves as a summary of numerous individual product design projects over the course of Madison's (all too brief) existence.

Our challenge was to build a compelling ad experience that balanced ad exposure with user control (and a dash of delight to taste). From early discovery work, we knew that mobile users had grown frustrated with ads on their device, in part, because ads were intrusive, irrelevant, and users had no recourse but to repeatedly tap little x's while risking a dreaded "fat finger" mistake.

These usability concerns combined with a few key insights on the state of mobile at the time helped us hatch our product direction. 1) Affordability was deterring many middle-class citizens in developing countries from having access to the latest mobile banking, mobile health, mobile education, etc. and 2) mobile carriers were continually increasing the price of service.

This project needed to be completed because we all quit our jobs to pursue it. 😬

By the end of the project, what we really wanted was to have successfully gotten Madison to a place of profitability while helping to address mobile access in developing countries. That was our grand vision for the business. In building our product, we needed:

This was a joint effort with the entire founding team. We collaborated heavily on the discovery and UX research phases. When it came time to wireframe, prototype and pull together a visual design, I lead the way. Our app concept required a compelling business case to back it up as well as advertisers on board. When not supporting with the app development, our other founders focused their time on these critical business tasks.

I also worked with a frontend and a backend developer to build the app for Android devices.

Again, I'll reference the fact that we decided to forego salaries when we formed Madison. We were incredibly scrappy and working out of a sublet space in an office of a former client. We gave ourselves 12-18 months to chase the dream and the only funding we had came from our own pockets. (I'll cover the serious lessons learned later.)

All of this meant, we needed to focus on an MVP that simply got the idea across. We didn't have a ton of runway to get carried away developing algorithms to serve up the perfect ad at the perfect time (though we did scrap something together). We needed to bring the idea to life and get it in front of people.

From early discovery work, we knew that mobile users had grown frustrated with ads on their device, in part, because ads were intrusive, irrelevant, and users had no recourse but to repeatedly tap little x's while risking a dreaded "fat finger" mistake.

We decided to focus on the home screen as a starting point for ad placement. This would address the concern around ads being intrusive and interrupting the mobile experience. Madison ads, would just occupy space in flow that users took often. There were 3 key components to the Madison experience.

When the user unlocked their device, a new, relevant ad would be displayed. The user had some control over which of their multiple screens to install the ad widget, with extra payout incentive given to those who kept it on their first screen (the one they see immediately upon unlock)

In advertising, the content serves to grab attention with hope that the user will perform some action in response. Our user flow provided this familiar experience. A tap on the ad content opened up the users browser into a microsite created by the advertiser. This meant full flexibility for our advertisers and a seamless experience for our users.

App for cashing out and controlling ads

The final component we designed was the app experience that reinforced our value proposition (cash in return for home screen ad real estate) and gave users some control as to what content they would see. Central to this interface was the indication of how much the user had earned and quick access to 'cash out' through PayPal.

Through an iterative process in which we sought feedback from friends and family along the way, we built a functioning Android prototype that included the following:

We tested our ideas and direction intermittently, but one key test we did was a 2 week long unmoderated test. We went beyond friends and family and used Android forums to recruit addition testers. The ask was to live with Madison on their phones for 2 weeks, engage as naturally as possible, and report back on their experience.

We tracked usage throughout to gain quantitative insights on how our ads performed compared to industry standards. We also used a survey to gain additional qualitative feedback on their experience with our product.

Our users were compensated a rate commiserate with what their payout would be if Madison were in production with live advertisers.

Product validation was there, but we failed to raise a seed round forcing us to move on

We had a team assembled, a working prototype, several large advertisers on board, and solid initial user feedback but we weren't able to gain enough interest to keep the lights on. Our team was tapped out (and broke) so we sadly decided to close the doors.

Later, we discovered that one of our main competitors (a lockscreen ad provider) sold for $70M after raising $3M in investment. This was a tough pill to swallow, but ultimately, gave us validation that we were on to something. We learned a lot about what it takes to create a delightful product and were better off for it. 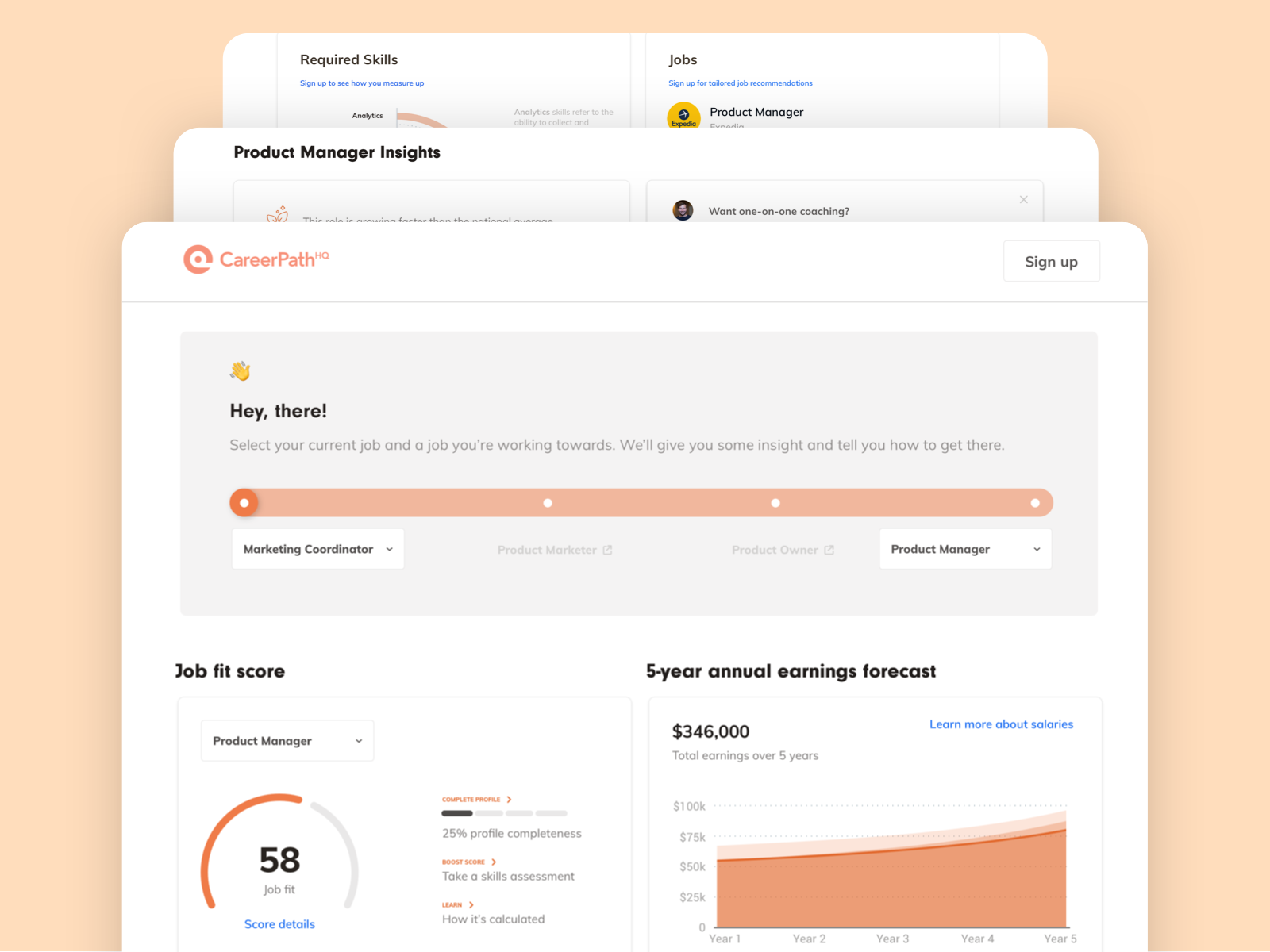 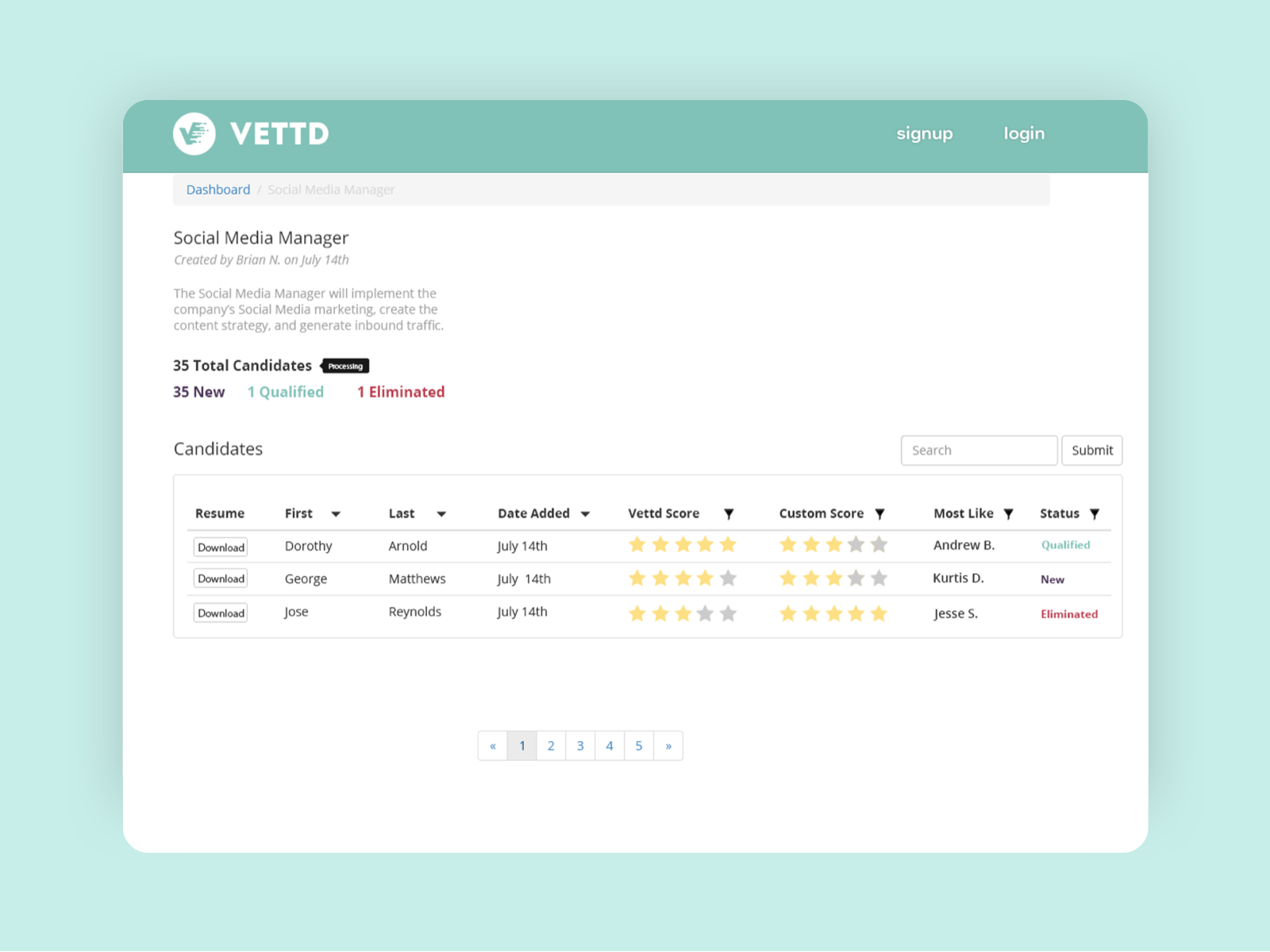 This has been the product design portfolio of Kurtis Dane
WorkContact